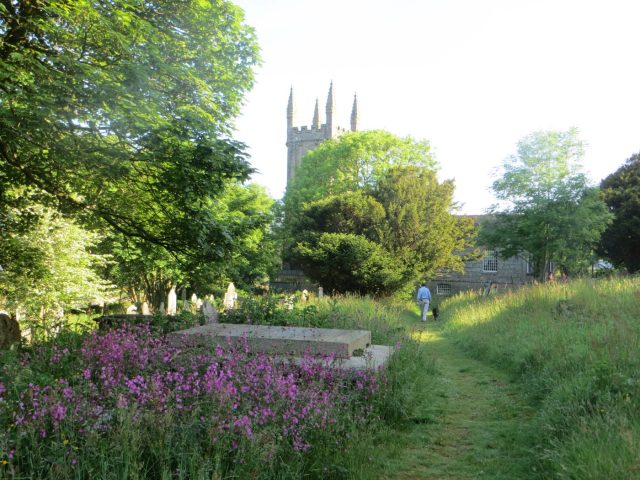 Sampson Brown, he was born to work down in the loamy riches of the under-earth.  A boy raised on the grit and drift of Lowestoft sands, he was one to dig up a storm. He would wear his fingers raw, scratching the earth to some deeper purpose.  Mother said he was hell-bent – and no two ways about it, whether in overalls or Sunday best, he was a boy possessed. ‘Think of the Bible,’ she would call weakly into the garden, as clods of lawn flew past, giving way to lower treasures. ‘Sampson and those pillars and bringing the temple down about his ears.’ But her own boy’s ears were deaf to appeals, even from on high. Sampson Brown peeled the skin from the world like a boy hungry for new fruit.

While other children came to the beach and did nice, neat, polite things like take a turn about the pier with Mama or pin skittering paper flags on crisply turned-out sandcastles or prod a paper boat through the untroubled shallows, there was Samson, digging deep as a dog, showering the Nice, the Neat, the Polite in sand. He would dig a pit until his eyes barely cropped the surface, cocooned from the wind, toes melting into the puddling floor. He would test his voice in its echo chamber. Watch its walls studded with salt-worn seaglass and unpick the story of the beach, reading it from bottom to top like a history book turned on its side.

In school, Sampson was like an unturfed worm, flicking and fidgeting on the surface of the world. Unsoiled. Unfurled. What fingernails he had were packed tight with earth and sand – ten, dark, new moons drumming impatiently on the desk.

There was a moment when he could sit in linen stillness. On his mother’s lap, late in the evening, fire drowsed. She would tell him about Cornwall, not your Tristan and Yseult and Lancelot. But today’s mining knights, who unleashed gunpowder dragons underground for their glittering hoards. Cornwall, the edge of our world. Porthcurno, where deep-buried cables ran out under the ocean and carried word to America. (What word, he never quite knew, but sleepy in Lowestoft he would dream of mermaid whispers rippling under the Atlantic rollers.) Cornwall, where everything worth wanting is below. Where engine houses and chimney stacks are just the tips of tin icebergs.

Years pass, and other children are now staking out the beach. Sampson has found his calling in Cornwall. Nineteen and an electrician for the Electric Cable Company! Not quite mine-deep, but busy in the trenches up Trevenson way his work will spark every tram that shuttles between Camborne and Redruth. Electric lines to move the rich – and their pickings – up country and beyond.

But because nothing is brought from the earth, it seems, without a blood payment, one June morning a long stone wall above the trench ripples… and falls… on Sampson. Not quite like dominos, no. Not child’s play anymore. Not soft sand to shore up with a spade or two. A sudden break, at God’s command he fell – or so the stone would have it.

Lying under the lightening rubble, as a dozen workers’ hands desperately search out his warmth, he thinks of his mother, and the fireside – and with that sharp knowing of the almost-gone, wonders why they don’t let him lie here, his life’s work all about him. ‘Mind my back,’ his voice breaks from his body, as they gently carry him to the miners’ hospital. For a time he fights beside others also come to make their payment.

But before the bright full moon rises over the longest day, Sampson is no longer of this world.

Men who had known him for a week raised a stone that stands for him still. You’ll find it peeping sheepish from behind twining holly and hawthorn. (Folk say you’re in good company when our Lord marks you out with his own thorny sacrifice.)

And as the fibre optic tangle below our feet pulses with insta-love, face time and pixel-metered dreams, there Sampson Brown lies, in Euny Fields. At peace, at last, while around him hums the earth. 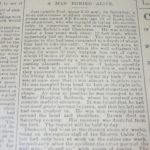 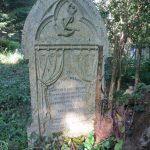