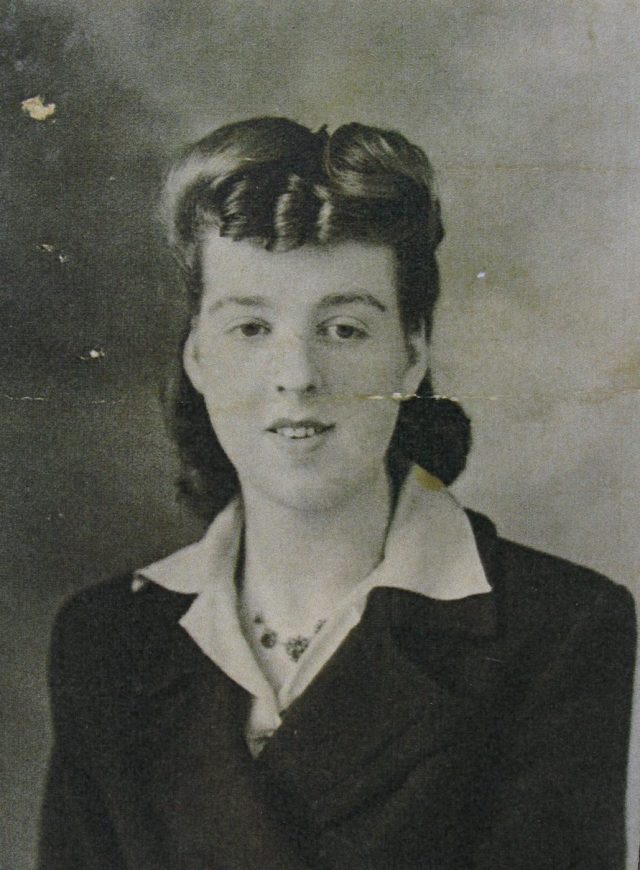 Hear Olive Gulliford’s story, as told in ‘Until the Daybreak’, played by Connie Crosby:

Gulliford is who I am to become. But for now, I am Olive of Green Lanes Redruth, and I am one half of the above mentioned Detective Agency along with my sister Irene. We are still at school, and help in our parents lodging house.

We have many respectable lodgers. Sales persons, matrons, visiting miners and the like.

But last week, Irene and I became very suspicious of a certain gentleman. He took to going for a walk on Carn Brea every night. Not suspicious in itself I know, as I have observed many of you here today doing the same thing. But not with a large carpet bag. And an umbrella .

So, Irene and I followed him every day for weeks. We’d pretend to be picking blackberries, (making jam for the war-effort for those poor beggars up the city) or cutting gorse for the fire.

And then we found him. In the castle. With a radio transmitter! We could hear the noise behind the walls. Blip-blip-blip-beep-beep-blip.

Signalling home to Germany he was. A German spy he turned out to be. And to think we give him the cream off the milk for his porridge, as he always looked a bit wisht. Well, he’s more wisht now, as he’s behind bars.

I’m going to write that in my Eulogy. A woman should write her own, as she knows her life best.

A few months ago, I joined the resting of St Euny. Ninety years old, six children, a loving marriage. Few sorrows on the way, but who hasn’t?

Now I’ve got the time, I’m thinking of reviving The Green Lanes Detective Agency. Though I have noticed of late, a group of other ladies wondering round here with their notebooks. I shall follow them and find out.

Olive loved telling stories, especially of her teenage wartime experiences. At the start of the war Olive then aged 13, and her younger sister Irene, became curious about the behaviour of the handsome lodger staying at their home in Green Lane. Intrigued to know where he was going when he left the house early every day, the girls decided to investigate.
When he set out one morning Olive and Irene followed, keeping out of sight, as he led them up Carn Brea. There they watched as he began using some kind of radio. Alarmed the girls raced Home to their mother who immediately reported it to the police. They later found out that their lodger had been arrested as a spy! 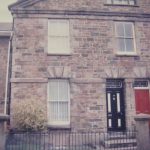 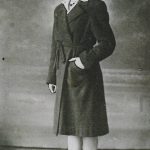 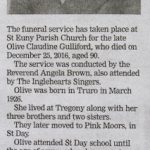 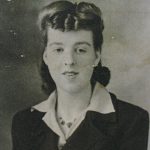 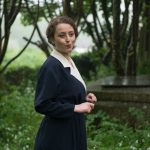