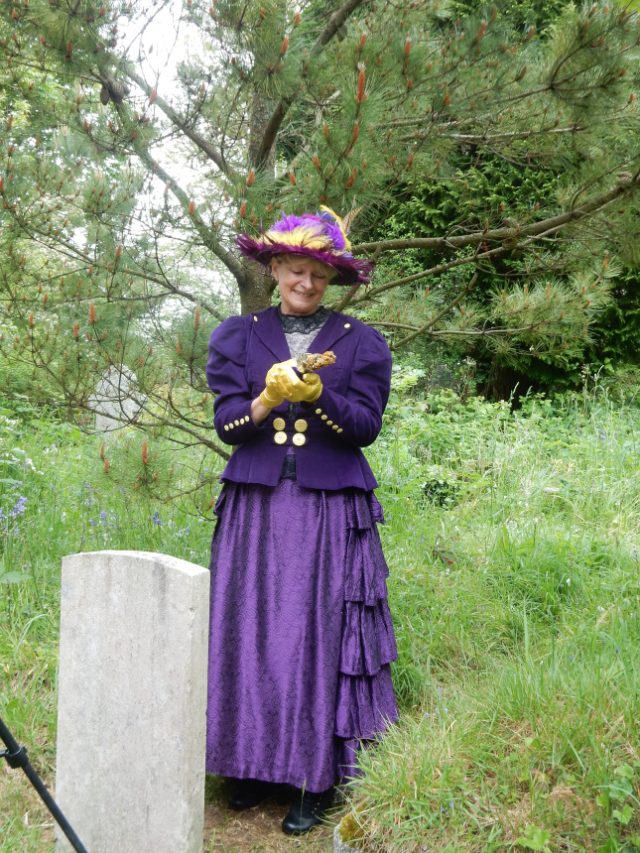 It was very exciting when the One and All Cycle Club was formed in Redruth. At first it was only for men but then the Safety bicycle was invented and at the age of twenty one I obtained a bicycle!  My friend Betty and I joined one of the moonlit rides from Redruth down to Portreath and that was where I first met my James. Well, it was love at first sight. Oh, what happy times we had cycling with the Club, though, truth to tell, we enjoyed going for walks and picnicking on Carn Brea, just the two of us, much more.

We’d been together a year when James was offered a job in the gold mines in Colorado! Colorado! In America! That was some long way away and I was heartbroken. He promised to be faithful and to send for me as soon as he could save up enough for my passage. He gave me a bunch of furze that he picked one day when we were up Carn Brea and he told me to keep it safe ‘til we meet again.

Well, after four long years of letters and loneliness, he did send for me!  I left my job as an accountant at the builders’ office and off I went! To the New World! It took ten days on the seas and though I was not sick, many others around me had a truly miserable journey. When we landed, we still had two thousand miles on the railroad to get to Denver and then two more rattly days by stagecoach. I was tired, yes, but oh, the joy of being in the arms of my James again.

There were so many Cornish in Denver, it didn’t feel too strange. I could hear some Cornish voices and we could all talk about home and our families left behind. We shared kiddley broth and saffron cake! Would you believe that I could buy saffron there in the market, 25 cents a packet, (that was nearly one shillin’) so I could bake James’ favourite for him using his Mother’s recipe. I doubt my cake would have satisfied my Dear Mother-in-law – but she wasn’t there to chide me! She was back in Redruth! It was comforting to be baking cake from home in those snowy mountains. James was paid well, much more than at home and on Sundays we used to get all dolled up in our finery, just like I am now. Don’t I look something?

James and I had an April wedding in Denver in 1896 and Miss Mary Angove Nicholls became Mrs James Gill. I was so very proud!  It was a quiet affair. I even shed a few tears as I am sure you will understand. I was so far from home; Father was not there to give me away, Mother not there to help me into my beautiful dress, the dress I had brought with me all across the seas, the dress we had bought together, my mother and I, at West End Drapery Stores.  If I had been at home, my bouquet would have been spring flowers from our Cornish hedges – bluebells and pink campions, or maybe a bunch of violets.  As it was, my bouquet was some rather stiff carnations from one of Mr Valentine’s greenhouses in Denver City. But in my American posy, among the fresh flowers, was the dried bunch of fading yellow furze that James had given me all those years ago before he left. Here, see? I still have it. Just a year later our beautiful boy Foster was born – you may have noticed that he’s here in this grave with me, but that’s another story….

Postscript: Mary’s son Foster died of meningitis just weeks after enlisting to serve in the Great War. His mother died just six months later and they are buried together in his war grave. 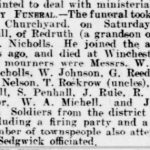 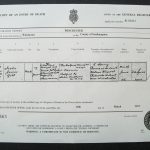 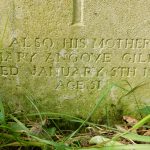 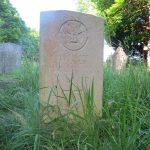 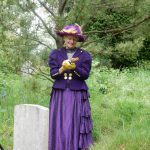