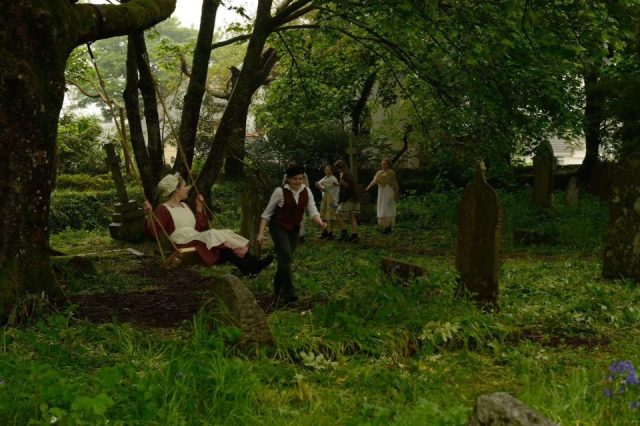 George Chellew and the Children

Girls and boys, come out to play,

The moon doth shine as bright as day;

And come with your playfellows into the street.

Come with a good will or not at all.

Up the ladder and down the wall,

A halfpenny roll will serve us all.

And we’ll have a pudding in half an hour.

Fanny. You kick the ball up the tree again George Chellew.?

George. It wadn’t me! It was Jane.

William. Twadn’t her, she can’t kick that high.

Jane. Yes I can William.

William. Can’t. Must have been Fanny then. She got hellava kick.

Fanny: Wadn’t me. Anyway, I been Truro.

George.  Truro? I been Plymouth.

William. On the train?

George. Long. Breathed smoke like a dragon. We went over Tamar bridge. Felt like we was birds looking down.  We had buns on the way up. And on the way back…I can’t remember.

Jane. I never been on a train. What you do up Plymouth?

George. Looked in windas of fancy shops.  Fancier than Redruth. Then saw doctor.

Jane. They gone over that wall. They got new friends in the big house.

George. I bin in there. Kicked the ball over once, and climbed over. I hurt me knee. Maybe that’s why I went up Plymouth? I dunno.

I swear that tree’s grown since yesterday. That ball wadn’t so high up. Whose turn is it to go up? My knee’s still hurtin’.

William. Why don’t you get up on my shoulders George Chellew?

George . Mother wouldn’t like it. She’ll be here in minute. How about Fanny ? She’s only five. She’ll be the lightest.

Fanny. Let’s get a stick! Knock it down.

Postscript : We cannot be sure why, or how, George Chellew died in Plymouth rather than returning home, but even a simple operation could prove fatal. 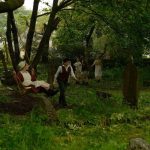 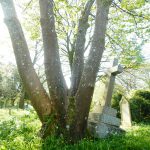 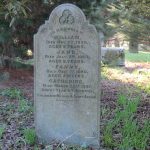 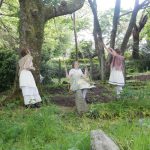 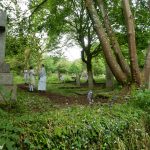 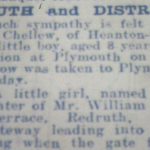